Someday My Prince Will Come by Jerramy Fine

Flap Copy: "Jerramy Fine wants to be a princess. At age six, she announces that she is going to meet and marry the Queen of England's grandson and as she gets older, not once does she change her mind. But growing up with hippie parents in the middle of a rodeo-loving farm town makes finding her prince a bigger challenge than Jerramy ever bargained for. How can she prepare to lead a royal life when she's surrounded by nothing but tofu and tractors?

Jerramy spends her childhood writing love letters to Buckingham Palace, and years later, when her sense of destiny finally brings her to London, she dives headfirst into a whirlwind of champagne-fueled society parties in search of her royal soul mate. She drinks way too many martinis and kisses far too many Hugh Grant look-alikes, but life in England is not the fairy tale she hoped it would be. Her flatmates are lunatics, London is expensive, and British boys (despite their cute accents) are infuriating. Sure, she's rubbing shoulders with Princess Anne, Earl Spencer and the Duchess of York - but will she ever meet her prince?"

This entertaining memoir had me at times laughing out loud, cringing with empathy and dreaming of my own royal future. Though I'm not sure I fully support her 20-year quest to marry a prince, I can't fault that level of dedication and tenacity - Fine is a girl and then a woman on a mission, never letting widely varied setbacks deter her from her dream. Fine's wry humor and honest voice carry the book, which often seems more like fiction than memoir - I'm so glad it wasn't! Fine's spot-on descriptions of life in London - from her prison of a dorm to her crazy flatmates and her bizarre social life - were even funnier because I knew they were true ... they also eerily mimicked some of my own experiences as a grad student at LSE!

I highly recommend this book to anyone looking for a little romance, a lot of laughter and big dreams. Though I wish that Fine could have turned such intense devotion to a cause more worthy in my mind than finding the perfect man, I love her for the effort and for the resulting hilarious read.
Labels: 2010 4 stars memoir review 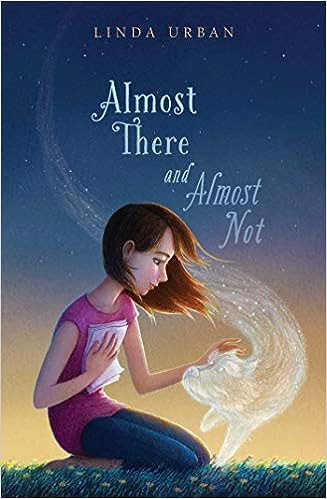 Almost There and Almost Not by Linda Urban

Looking for a Reviewer?

If you are an author, publisher or publicist and would like me to review a book, please drop me an email. I am happy to read and review books that mesh with my fairly diverse tastes; I do not read Christian books, erotica, thrillers or westerns. If you send me a book, I will begin it, and if I finish it, I will review it. Please note that I do post both positive and negative reviews here.